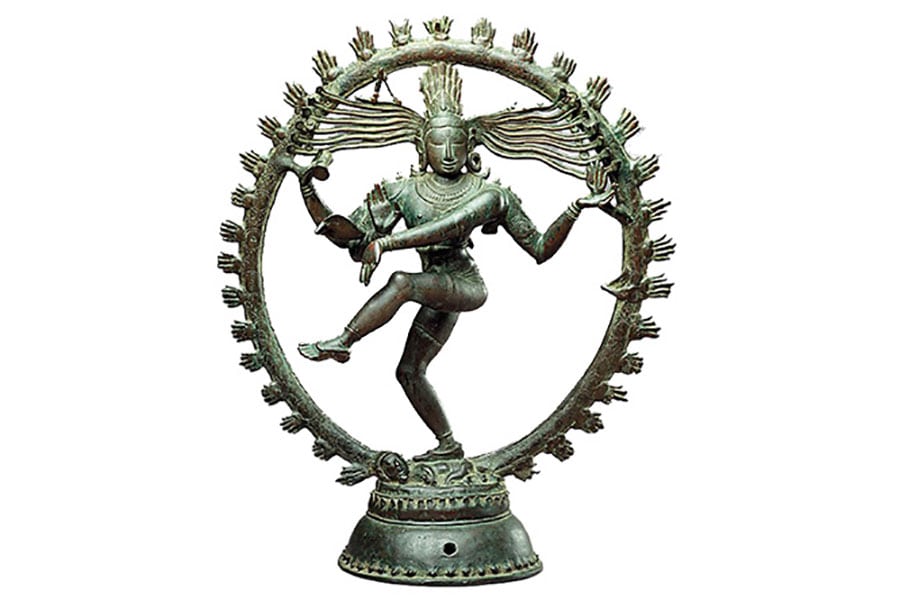 For this, my first Journal entry, I thought I’d share with you why I chose to include a stylized version of Nataraja in my Logo which you can see at the top of all the pages on my web site.  If you were to ‘google’ Nataraja images you’d probably come up with images like this one.

The image depicts the Hindu God Lord Shiva (Auspicious one) in his manifestation as Nataraja (Lord of the Dance) or the ‘cosmic dancer’. In Sanskrit  Nata = dancer and Raja = King. 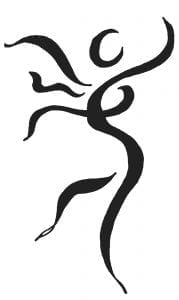 For me, the symbolism of Nataraja perfectly embodies the 3 elements of  what has become my practice, as a process for healing and understanding my journey; dance, yoga & creativity. The image of Nataraja embodies the elements of dance, he is ‘the cosmic dancer’, yoga, as part of Hindu culture the symbolism of Natraja is manifestly significant in yoga philoshopy and practice and creativity, Nataraja’s cosmic dance is one of creativity as he dances the world , the universe, everything into existence.

According to Hindu culture, in his cosmic dance, Nataraja symbolizes the constant flow of energy & matter, the cosmic energy in its 5 actions; creation, maintenance, destruction, re-absorption and liberation.  He represents apocalypse & creation as he dances away the illusory world of Maya (ignorance) and transforms it into power and enlightenment.  Basically, Nataraja’s dance is one transformation, symbolic of the nature of constant change, of birth, life and death.  The dance represents both the destruction and creation of the Universe and reveals the cycles of death, birth and re-birth, the destruction of the old self in preparation for the creation of the new.

In my yoga practice then, Nataraja is a symbol of the purpose of practice, to engage with the process of creation, life and liberation.  In the Yoga Sutras Patanjali refers to

“the ability to direct the mind exclusively toward an object and sustain that direction without distraction” (Patanjali Yoga Sutra ch 1v.2).

In this way Yoga is not something we DO but rather a ‘state’.  Asana (physical postures) on which we in the West tend to focus our attention and call ‘Yoga’,  is part of a much larger system of practices, the techniques of which purify the body, mind and energy systems, preparing the ground for the ultimate experience of cosmic consciousness.

“The goal of yoga sadhana (practice)  is to discover and experience the Universal spirit within” (Hatha Yoga Pradipika p.28).

Dance, creativity & ‘yoga’ in its many forms, as well as innumerable other activities are all ways in which we can pursue what the Advaita  Vedanta refers to as

“ the goal of life; to discover our true nature to achieve self-realization”.  As Swami Vishnu-devananda said

“The truth is one but the paths are many”.

As the ultimate Creator of the Universe and everything in it, Nataraja perfectly embodies the concept of creativity. As he also represents the qualities of destruction, reabsorption and ultimately liberation, I take comfort in the lack of importance, value or significance in what I create which allows me the freedom to immerse myself in the  process of creativity & self-expression. Life is a dance, an expression of universal energy, in a constant state of creation destruction and reabsorption.  A creative dance of Yoga (unification)

“life is the means by which the cosmos understands itself, we are the cosmos made conscious”   (Brian Cox)

“Our story is the story of the Universe. Every piece of everyone and everything you love and everything you hate, of the things you hold most precious was assembled by the forces of nature in the first few minutes of the life of the universe.  Transformed in the hearts of stars or created in their fiery deaths.  And when you dies, those pieces will be returned to the universe in the endless cycle of death and re-birth” (Brian Cox)